Your wedding anniversary is special for you and calls for a grand celebration.Friends and family look forward to your anniversary invitation to share a great time with you. Well, all can go your way if you plan it right, starting with anniversary party invitations. Wedding anniversary cards soar the excitement level and unburden you from the hustle later. Let us look through the essential etiquette that is required before you send out the party invites.

Anniversary invitations have become precise in wordings, design, and layout. Here’re a few essential etiquettes to help you design your wedding anniversary card with sharpness.

What should you include in the invitation? It’s easy to guess that the name of the couple is the first thing to mention on the card. But spelling errors may give an impression otherwise. So, you must ensure to review the names before you send the invitations out.

Consider the same while mentioning the date, time, and venue of the anniversary party. It saves your guests some time and effort, and they reach on time to make the occasion merrier.

Who should you invite? A wedding anniversary is celebrated over the years after the marriage. By this time, you may have created an endless bond with people who were once strangers. Besides, you would want the presence of your loved ones to share a part of your life with you. List out the invitees who mean a lot to you;your celebrations become grand with their presence.

When to roll out the invitation? Your excitement to share the party date is well understood! However, you may irk some guests by rolling out your anniversary party invitations way before the due date. It is also possible that your guests won’t be able to take out time for your party if you delay the invitation. Look for a date that suffices their travel requirements. The more, the merrier!

You’ve rolled out the invites and now brainstorming on the theme of the party. You want the best of party favors, supplies, and decor. What about the anniversary party theme? Make sure that your anniversary invitations are in sync with your actual party in terms of design and layout.

You may be versed in designing your anniversary invite by now. However, you should consider a few points to include or wipe out from your anniversary wedding invitation. Read on to know these points. 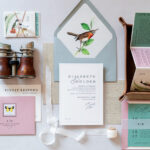 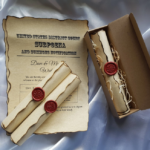 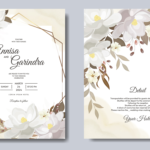